Another approach to this question of the makeup of the primitive church attempts propose that the charismatic and the institutional aspects of the Church should be taken as complementary. In relation to the discussion of the constitution of the primitive Christian communities, Leonhard Goppelt was a particularly influential representative of this perspective, arguing that both charismatic gifts and offices were constitutive of the Church from the very beginning, strengthening his case by arguing that offices were both instituted by Christ and a functional necessity for the church as a historical reality (see Apostolic and Post-Apostolic Times, 1977). 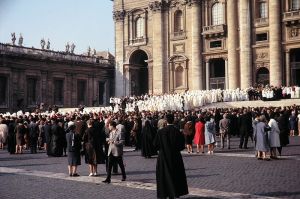 The teaching on charisms in the documents of Vatican II presents a similar attempt at stressing the complementarity of the institutional and charismatic, speaking of the “hierarchical and charismatic” gifts through which the Spirit directs and equips the Church (Lumen Gentium, §4). A fundamental harmony between the charismatic and hierarchical gifts is presupposed here, in which the hierarchy “submits” to the working of the Spirit by endorsing and approving of those endowed with charismatic gifts.  The chapter of Lumen Gentium which deals with the religious life makes this clear:

“Submissively following the promptings of the Holy Spirit, the hierarchy also endorses rules formulated by eminent men and women, and authentically approves later modifications.  Moreover, by its watchful and shielding authority, the hierarchy keeps close to communities established far and wide for the upbuilding of Christ’s body, so that they can grow and flourish in accord with the spirit of the founders” (Lumen Gentium §45).

Shortly after the council, Gabriel Murphy, a Roman Catholic brother, completed a study of the theology of charisms, which included a chapter summarizing the use of the term at Vatican II (Charisms and Church Renewal, 1965).  His summary of Lumen Gentium’s teaching on charisms stresses how the Church is aided by “two forms of assistance,” hierarchical and charismatic gifts, both of which come from the Spirit (123).  The two kinds of gifts cannot be essentially divided or separated, but should rather be conceived of as “overlapping” and permeating each other.

“As we have seen, there is not and cannot be an essential division or separation between these two aspects.  There is rather an overlapping or permeation of one by the other.” (125)

The charisms then, far from being a minor aspect of ecclesiology, are “a structural element in the Church,” granted to all the faithful, and bringing about renewal (142). The complementarity in this case of course implies both that those in authority accept the Spirit’s work through the charismatic movements, and that the movements themselves accept that the hierarchy is also charismatically based. Murphy argues that this is what the sixteenth century reformers rejected – the charismatic nature of the hierarchy (30-31, 125).

A variation on this position comes from Joseph Ratzinger, who rejects the institutional-charismatic discussion as completely unhelpful in attempting to understand and explain the place of reform movements in the Church (I refer to the current Pope by his former name, as the text in question was written before he became Benedict XVI).  This is based not an objection to the theology of charisms but on his rejection of the category “institution,” because the Church’s official ministry is based fundamentally on the sacrament of orders, and by its very nature transcends the sociological category of “institution.” 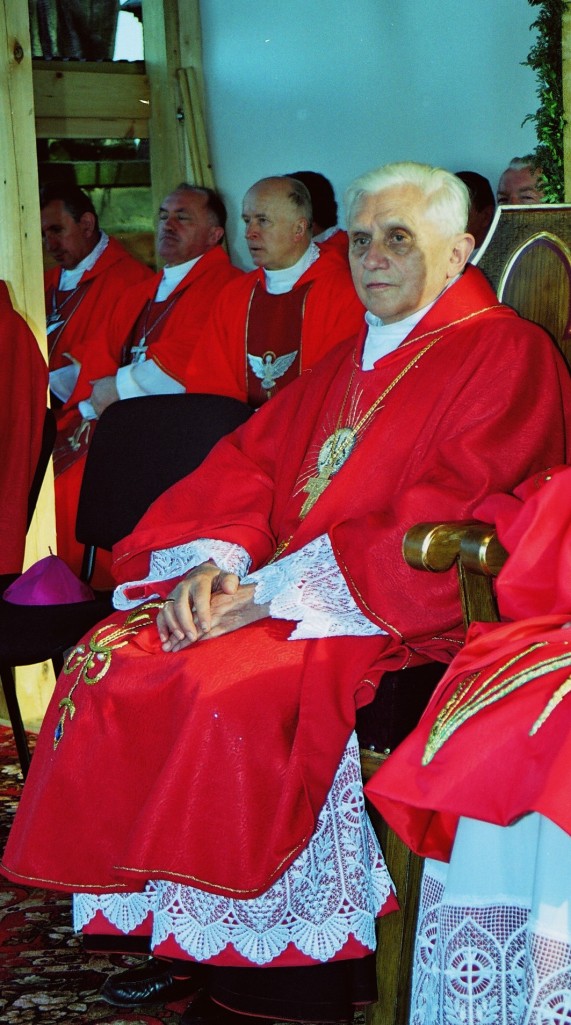 He writes, “this “ministry” is a “sacrament,” and hence clearly transcends the usual sociological understanding of institutions.” (“The Ecclesial Movements: A Theological Reflection on their Place in the Church,” in Movements in the Church, 1999, 25).  To speak of the Church’s ministry as an institution implies, in Ratzinger’s view, that ministry is something which the Church “can dispose of herself” and “can be determined of her own imitative,” views which are clearly inadequate in light of the ministry’s sacramental character. He continues,

“Only secondarily is the sacrament realised through a call on the part of the Church. But primarily it comes into being by God’s call, that is to say, only at the charismatic and pneumatological level.  It can only be accepted and lived by virtue of the newness of the vocation and by the freedom of the pneuma.  Since that is so, and since the Church cannot simply appoint “officials” by herself, but must await the call from God… That is why it has been clear from the beginning that this ministry cannot be produced by the institution, but can only be invoked in prayer from God” (26).

The Church itself, then, including its enduring historical and ministry, is characterized as a charismatic entity, an “irruption of something else,” which is “intrinsically iuris divini” (27). While Ratzinger does allow that there are institutional elements in the Church which exist of purely human right,he will not allow that the Church’s ministry is one of these, and thus he rejects an approach to the question of movements in the church by way of an opposition between charism and institution.

He prefers therefore to discuss “movements” in the Church under the category of the Church’s universal apostolicity. Ratzinger is arguing that apostolicity has always had two aspects, the local and the universal, with the unpredictable reform movements identified as part of the church’s universal apostolic mission.  For Ratzinger this begins with the primitive Church, which had both local ministers and itinerant preachers (charismatics according to other perspectives).   He thus roughly follows Harnack’s interpretation of early Church structure here, arguing that in the second century the local apostolic ministries came to dominate the universal, though Ratzinger believes this was a necessary development.  The “universal” apostolicity of the Church has continually been present in various movements, such as monasticism, the mendicant orders, and the clerical and apostolic movements which emerged in the post-Reformation period (33-47).

Ratzinger’s perspective is therefore similar to Rahner’s, in that he insists on the charismatic nature of the church’s ministry, but Rahner is more willing to grant the tension between what he calls the two structures of the Church, and continues to view “institution” as a helpful category, so long as it is clear that the Church’s institutions are charismatic.  Ratzinger, on the other hand, essentially fuses institution and charism into one category, blurring what I think is a helpful distinction made by Rahner.   So, while I’m sympathetic to Ratzinger’s concern that we don’t treat the Church’s ministries as mere institutions, I think Rahner’s discussion of “institutional” vs. “non-institutional” charismata answers these concerns without losing the insights that we can gain by examining the stable structures of the Church as institutions.

2 thoughts on “Typology of Views of Charismatic Movements, Part 4: Charismatic Complementary to Institutional”