I began this series last week by talking about the importance of the image of God for John Wesley’s theology.    As an heir of the theological legacy of the protestant Reformation, Wesley also believed in total depravity.  This means, not that human beings are totally evil, but that sin has corrupted every aspect of the human person, such that there is no aspect of our existence which is not affected by the Fall.  Those who accuse Wesleyans of being “soft” on sin have misread Wesley’s theology at this point.

While it is true that Wesley was somewhat more “optimistic” about humanity, his optimism sprang not from a weak understanding of sin, but from a high view of grace – hence Wesleyans sometimes speak of the “optimism of grace” (more on that later).

In other words, while Wesley believed human beings to be completely depraved and helpless in and of themselves, he believed that God had not left anyone to merely fend for themselves.  God’s grace, for John Wesley, permeates all of creation, not only the Christian church.  As an unconditional benefit of the atonement, extended to all humanity, God’s Spirit is actively at work in all creation, drawing people to himself through his grace.   This is what Wesleyans call “prevenient,” “preventing,” or “preceding” grace – it is our experience of God’s grace “going before” us, enabling us to respond to God’s call on our lives.

The following quote from Wesley’s Sermon 85, “On Working Out Our Own Salvation,”  §III.4, is illustrative of how Wesley used this concept:

… allowing that all the souls of men are dead in sin by nature, this excuses none, seeing there is no man that is in a state of mere nature; there is no man, unless he has quenched the Spirit, that is wholly void of the grace of God. No man living is entirely destitute of what is vulgarly called natural conscience. But this is not natural: It is more properly termed preventing grace. Every man has a greater or less measure of this, which waiteth not for the call of man. Every one has, sooner or later, good desires; although the generality of men stifle them before they can strike deep root, or produce any considerable fruit. Everyone has some measure of that light, some faint glimmering ray, which, sooner or later, more or less, enlightens every man that cometh into the world. And every one, unless he be one of the small number whose conscience is seared as with a hot iron, feels more or less uneasy when he acts contrary to the light of his own conscience. So that no man sins because he has not grace, but because he does not use the grace which he hath. 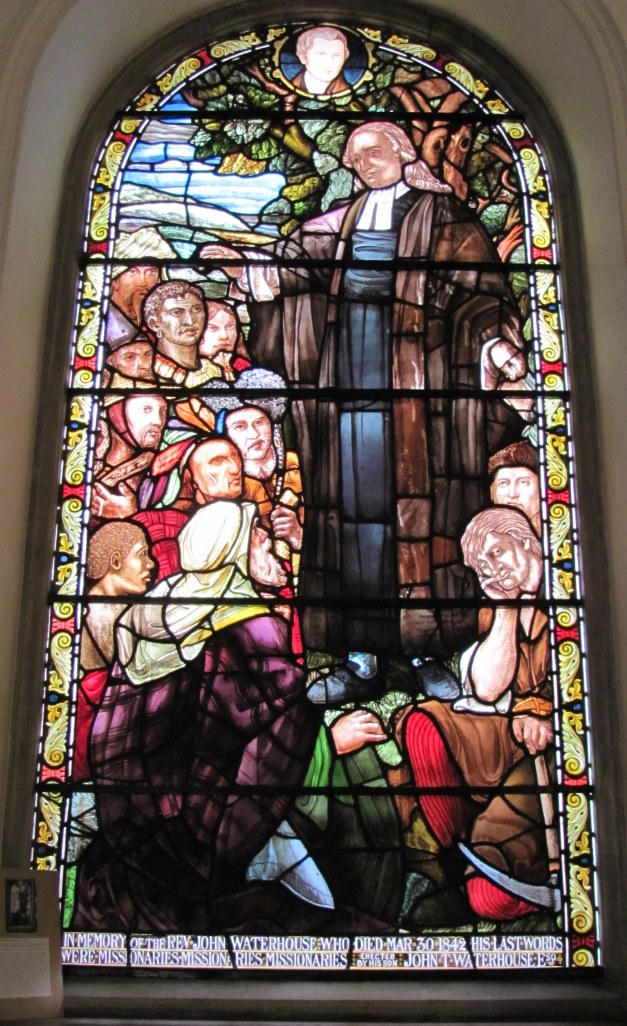 Wesley used the idea of prevenient grace in “broad” sense to refer to the restraint of evil throughout the world (similar to the Calvinist idea of “common grace”), and in a more narrow sense to refer to grace drawing people to faith in Christ.

Because Wesley affirmed total depravity, he had to claim that any good action, no matter who performed it, must attributed to prevenient grace. In other words, “First. God worketh in you; therefore you can work: Otherwise it would be impossible” (Sermon 85, “On Working Out Our Own Salvation,” §III.3).

Again, we see the universal dimensions of God’s mission to the world shining through in Wesley’s thinking.  Just as all people were created in image of God and now suffer the debasement of that image by sin, so also God is actively pursuing all people by his prevenient grace.

This means that the church’s missional activity is always preceded by God’s prior gracious action.  God is already at work in the lives of every person we come into contact with.  The witness of the church remains essential, however, as God’s chosen means of spreading the message of salvation.

Prevenient grace also provides us with a way of affirming the good in people outside of the Church.   God’s grace is at work in all peoples, in all cultures.  Therefore we can affirm the good in people of other religions, without denying the uniqueness of Jesus Christ as the only saviour; because whatever good is there is due to the grace of the triune God, and is ultimately a benefit of the universal atonement.

Prevenient grace therefore provides an essential piece of a Wesleyan theology of the mission of  God, which extends the hope of salvation to all people, not merely an elect few.