The story of the healing of the centurion’s servant in Luke 7 ends with a remarkable statement by Jesus: “I tell you, I have not found such great faith even in Israel.”

What was so great about the centurion’s faith?   I think the answer lies in the contrast between the statement of the Jewish elders (vv. 4-5) and that of the centurion himself (vv. 6-8).

This centurion, evidently a generous man and a good citizen, was able to convince some Jewish elders to speak to Jesus on his behalf.  So, as Luke records it.

When they came to Jesus, they pleaded earnestly with him, “This man deserves to have you do this, because he loves our nation and has built our synagogue.” 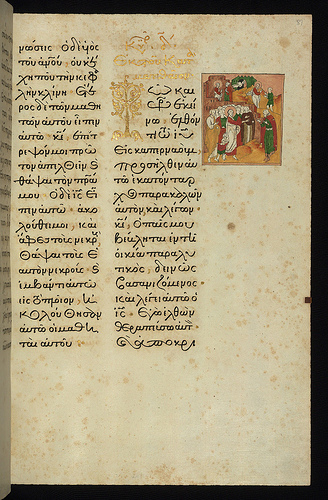 The Jewish elders were impressed by him.  “Jesus, he is worthy of your attention.  He deserves to have you help him.  He is a good man. He loves God’s people. He gives back to the community. He helped build the synagogue!”  Even in those days I guess making a contribution to a building fund was a good way to win friends and influence people.

Notice that Jesus doesn’t say anything, but he does go with them.

And now the story takes a twist.  Jesus never makes it to the centurion’s house; he is stopped in the street.  And there a new set of messengers approach him – friends of the man.  They deliver a message from the centurion, and it is quite different from the message the centurion himself sent.

“Lord, don’t trouble yourself, for I do not deserve to have you come under my roof. That is why I did not even consider myself worthy to come to you.”

There’s quite a difference between  “Lord, this man deserves to have you do this…”  and “Lord…I do not deserve to have you come under my roof.”  The elders were praising his worth, and he is denying it.  He continues,

“But say the word, and my servant will be healed. For I myself am a man under authority, with soldiers under me.  I tell this one, ‘Go’, and he goes; and that one, ‘Come,’ and he comes.  I say to my servant, ‘Do this,’ and he does it.”

The centurion, by implication, has just made a very strong confession of faith in Christ. When he says, “But say the word, and my servant will be healed,”  He recognizes that Jesus’ word is as good as his deed; more than that, he knows that Jesus can accomplish whatever he pleases, just by saying the word. The centurion is saying that whatever Jesus says, will come to pass.  Who has that kind of power?  There is only One. 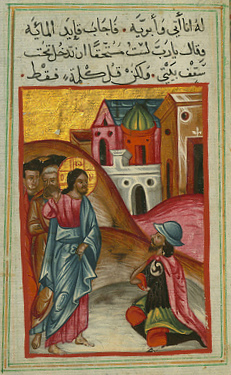 Whenever I read this story and hear the confession of the centurion, I think of Isaiah 55:10-11 –

As the rain and the snow
come down from heaven,
and do not return to it
without watering the earth
and making it bud and flourish,
so that it yields seed for the sower and bread for the eater,
so is my word that goes out from my mouth:
It will not return to me empty,
but will accomplish what I desire
and achieve the purpose for which I sent it.

“But say the word, and my servant will be healed.”  This is a confession of the divinity of Jesus Christ.  Only God could provide what the centurion was asking for.

What’s interesting about this story is that the centurion says this at a time when the disciples still don’t understand who Jesus is.  They weren’t quite sure what to make of him at this point.  They knew he was special – obviously, they were following him around – but they didn’t realize he was divine.  It is not until two chapters later that Peter declares Jesus to be the Messiah of God.

And so it is very fitting then that Jesus says at this point, “I tell you, I have not found such great faith even in Israel.”  He has been spending all his time with the people of God, and yet none of them have recognized him as the Son of God.  They question him, they argue with him, they reject him…but this non-religious soldier recognizes him and shows great faith in him.

And the greatness of his faith is found precisely in the fact that he trusts not in his own worth, but in the power of God’s Word.

3 thoughts on “The faith of the centurion”