I grew up north of Kingston, near the village of Sunbury, and I was raised in a church that is part of the Wesleyan family of denominations – The Salvation Army.  Most of my life, however, I had no idea that there was any significant connection between my geographical roots and my ecclesial roots.  As I’ve gone on to study Wesleyan history and theology, however, I’ve come to see that the historical roots of Wesleyan Christianity in Eastern Ontario are very deep indeed.

This has come home to me in a number of ways in recent months.

This summer, Tyndale Seminary received a generous bequest from Rev. Bill Lamb, who passed away in June.  Bill was a United Church minister and a historian of Canadian Methodism.  He left an amazing collection of historical literature to Tyndale’s library, and I was able to go to his home and help our head librarian, Hugh Rendle, sort through the materials.  Because the earliest Methodist churches in Canada were established in Eastern Ontario, Bill was also a student of Eastern Ontario history.

in 1925 the main Methodist body in Canada united with many Presbyterians and the Congregationalists to form the United Church of Canada – and that means that many of the United Church congregations that pre-date 1925 were in fact Methodist congregations.  Bill had written books on the history of two such congregations – Bridge Street Church in Belleville (Bridging the Years), and Wall Street Church in Brockville (The Meaning of the Stones).  He’d also written a book on the Old Hay Bay Church (The Founders), the first Methodist Church building in Canada, which still stands as a National Historic Site.  At the time of his death, he was working on books on two of the most important figures in Canadian Methodist history, William Case and William Losee.  Therefore he had amassed a very significant body of literature and archival material on Methodism’s spread in Eastern Ontario. 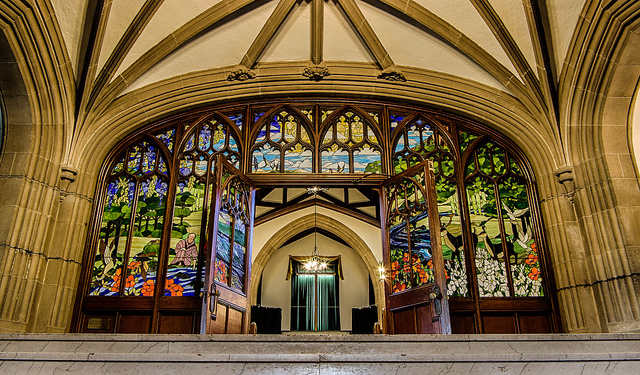 But it is not only the mainline Methodist tradition that has strong Eastern Ontario roots.  The late nineteenth century holiness movement also had a significant impact on this part of Canada, especially in the legacy of Ralph Horner, whose biography I read and blogged about earlier this year.  Horner was from the Ottawa Valley, and had a ministry as an evangelist which centred around Eastern Ontario.   Originally serving with the Methodist Church of Canada, Horner eventually went on to found two holiness denominations: the Holiness Movement Church and the Standard Church of America.  Many of the churches that emerged out of the Hornerite revival in Eastern Ontario are still around today, although these two denominations also merged with others (HMC joined the Free Methodist Church in 1958 and the SCA merged with the Wesleyan Church in 2003). 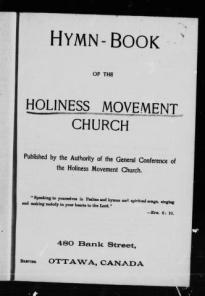 In addition to the fact that the Holiness churches have historically had a significant concentration of their congregations in Eastern Ontario cities and towns, there is also a rich history of revivals through camp meetings in rural locations.  Almost every little village was impacted.   Even Sunbury, where I grew up, had a Salvation Army corps at one time, and the Hornerite movement impacted nearby Inverary.   In Hastings County today, Ivanhoe may be known today as a place with a cheese factory along Hwy 62, but a century ago it was known as one of the most important holiness revival sites in Canada.  It was at the Ivanhoe camp meeting that Ralph Horner died in 1921, not long after preaching his last sermon.

The surprising thing for me has been the way that my life has now come full circle.  As a professor Wesley Studies at Canada’s largest seminary, my teaching and research interests now coincide with my personal history in a way I never thought they would.   The connection between between my geographical roots and my ecclesial roots, of which I was unaware for most of my life, now seems to have been established by providential design.