Critics sometimes charge that Arminian theology (including its Wesleyan articulation) is Pelagian or Semi-Pelagian.   The charge usually comes from those who are strict monergists, meaning that the believe salvation is effectually accomplished by God without the cooperation of the human person.   For the most strident monergists, any doctrine of salvation which is not monergistic ought to be labelled “Pelagian,” or “Semi-Pelagian,” or perhaps identified as the start of a slippery slope that leads to Pelagianism.  If you are looking for examples of writers to make this charge against Arminian theology, a good place to start is Roger Olson’s Arminian Theology: Myths and Realities. 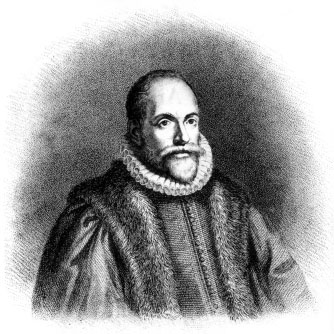 However, this charge can be easily dismissed by offering clear accounts of Pelagianism and Semi-Pelagianism.

Several times in Augustine’s Confessions we find Augustine praying: “Give me the grace to do as you command, and command me to do what you will.” In this prayer, Augustine is admitting that he needs God’s grace in a radical way—not only to know what God commands, but also to do what God commands. He is saying that he cannot obey God in his own power; he needs divine assistance.

Pelagius disagreed with Augustine’s assertion that human beings were incapable of obeying God in their own strength. He thought this idea might lead people to avoid personal moral responsibility. So Pelagius taught that human beings have complete freedom of the will, meaning that we inherently possess the freedom to obey God in every situation. Therefore, he said, we do not need divine grace to overcome sin. For Pelagius, we are all inherently capable of pleasing God, and therefore we are all obligated to offer God perfect obedience.

In a nutshell, Pelagianism denies original sin, and claims that human nature has not been corrupted and humans are capable of choosing good and avoiding sin without any special divine aid.  In other words, human beings are capable of meriting salvation on their own without God’s grace.

Pelagius felt that Christians do receive grace from God, but the only kind of grace he felt that humans needed was the grace of illumination – knowing what God would have us to do. The only barrier to obedience would be our ignorance of God’s will. So the ten commandments, then, would be divine grace, offering us everything we need to live a life that is pleasing to God.

Augustine agreed that we need grace to illuminate our understanding, but disagreed that we have the inherent ability to obey. Sin has so infected and bound us that we are dependent upon grace for any good that we might do.

Salvation, then, in the Pelagian perspective comes through obedience; we are justified on the basis of our merits, which we gain through our obedience to God. Augustine taught that salvation comes through divine grace. Our only claim on salvation is the promise of grace through Christ. Even our good works are dependent upon grace, and therefore are not meritorious.  This is the basis for the classic doctrine of total depravity.

It is quite clear that Arminians are not Pelagian, because Arminans affirm the doctrines of original sin and total depravity.   Human salvation is completely dependent upon God’s grace, without which we would be helpless.  While Arminians do hold that God’s prevenient grace provides fallen humanity with a measure of freedom so that we can respond to God, this freedom is not an inherent human quality.  Rather, it is a gift of grace, without which we would be helpless.

Semi-Pelagianism is a mediating position between Augustine and Pelagius which was  proposed later.  In Semi-Pelagianism, the initial step towards salvation is made by the unaided human free will.  In other words, the human person is capable of deciding to turn to Christ in faith, without any divine assistance.   After that initial step is made, the Semi-Pelagian position proposes, divine grace is then poured out for the “increase of faith.” Semi-Pelagianism was condemned at the Council of Orange in 529.

Again, any responsible account of Arminian soteriology will make it clear that Arminians are not Semi-Pelagian.  Arminians do not believe that human beings decide to exercise faith in Christ by an unaided act of the will.  On the contrary, they affirm that, without divine grace, the fallen human person is incapable of turning to God.  Prevenient grace frees the person so that such a response is possible.

What is distinctive about the Arminian position (as opposed to monergistic Reformed accounts) is that God’s grace is resistible, meaning that we can refuse his gracious offer of salvation.  However, that hardly means that our acceptance of that offer is some kind of Pelagian or Semi-Pelagian meritorious “work.”

Salvationist.ca is running a series of articles I wrote for them on heresies in the early church.  The print version of the series is already completed (it ran from August to January), but they are rolling out the articles online now.

The point of the series was to describe why these heresies were rejected by the early church, but also to show how the process of struggling with each heresy helped to shape the development of orthodox Christian belief.  So I opened the first article by saying,

Believe it or not, Christians owe a lot to heretics. The word “heresy” comes from a Greek word meaning “choice.” A heretic is someone who chooses to believe something that is in contradiction to official church doctrine. But church doctrine has developed gradually over time, and some of the most important doctrinal developments were made precisely in order to exclude particular heresies.

My other agenda in the series was to show the ongoing relevance of ancient heresies, by suggesting ways in which “shadow versions” of each heresy show up repeatedly in the church’s life.

Knowing the history of heresy is important because heresies have a habit of cropping up again and again, sometimes in less obvious forms. Some psychologists argue that otherwise mentally healthy people struggle with so-called “shadow disorders”—mild forms of serious mental illnesses that show up in subtle ways most of us wouldn’t even recognize. Knowing the history of heresy will help us to identify the “shadow heresies” that may crop up in our own thinking and teaching from time to time.

While I think the study of heresy is very important, addressing heresy in the contemporary church can be a tricky issue, particularly in light of the wide diversity that exists within Christian theology today.  On the one hand, as I’ve suggested before, no one wants unlimited diversity of belief in the church, even though it is trendy in our culture to celebrate “diversity” in all its forms.  On the other hand, some people are too paranoid about heresy, and end up finding heretics lurking behind every corner.

For my part, I tried in this series to point out that early church heresies were excluded because they were perceived to pose a threat to the preaching of the gospel.  These were not merely academic debates, but part of the church’s ongoing struggle to remain faithful to Jesus Christ and to proclaim salvation truthfully.

These are very short articles, and I’ll confess that I often found it difficult to do justice to the issues at stake in such a short space.  If you are looking for theological nuance, you won’t find it in this series.  However, if you’re looking for a brief overview of early church heresies along with some comment on their ongoing relevance, I think you’ll find the series worth your time.

Head over to Salvationist.ca and you can read the introductory article, “Thank God for Heretics,” along with the articles on Pelagianism and Monophysitism.   I’ll add links here to the articles on Gnosticism, Modalism, and Arianism as they are posted.