The Pauline teaching on charisms comes, canonically speaking, after the story of the outpouring of the Spirit at Pentecost, which occupies a key place in the biblical narrative, marking the fulfilment of the promise given by Christ (Acts 1:8, Luke 12:2; John 14-16), and harkening back explicitly to the prophesied eschatological outpouring of the Spirit in Joel 2:28-32.  Pentecost signifies the dawning of the age of the church, a new era in which the Spirit’s gifts, previously limited to particular people and situations, are distributed liberally to all the people of God, young and old, male and female, slave and free. 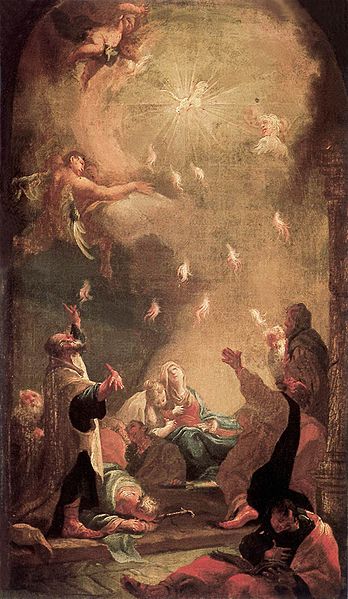 Lest one take this Lukan theme of “fullness” in too far, the canonical significance of the feast of Pentecost as an Israelite festival must not be forgotten.  I am indebted to Howard Snyder for pointing out the significance of Pentecost as a feast of first fruits.  You can find his discussion of this theme in his chapter on “The Pentecostal Renewal of the Church” in the forthcoming book, Yes in Christ: Wesleyan Reflections on Gospel, Mission, and Culture, Tyndale Studies in Wesleyan History and Theology 2 (Toronto: Clements Academic, 2011). Pentecost, or the Festival of Weeks, was one of the three great festivals in Israelite worship, coming between Passover and the Feast of Tabernacles, and in Jesus day it remained one of the three festivals which included pilgrimage to Jerusalem.  Pentecost concluded the Feast of Weeks, which began with a day for the offering of first fruits on the first Sabbath after Passover (Lev. 23:10-11), and ended fifty days later, with what came to be known as the primary celebration of firstfruits (Num. 28:26, Lev. 23:17).  Firstfruits were offered both as a thanksgiving for the faithfulness of God in the past, a celebration of God’s provision in the present, and as a promising sign of the future harvest which was to come.

While the New Testament writers do not explicitly link Pentecost with a harvest of first fruits, it is difficult not to see the significance of interpreting it as such.  First of all, there is the important eschatological harvest imagery which runs throughout the New Testament, and is particularly strong in the teaching of Christ concerning the final judgment.

Secondly, though the Feast of Weeks per se does not feature prominently in the New Testament, the concept of firstfruits is used a number of times. Paul refers to the resurrection of Christ itself as the first fruits of the coming general resurrection in 1 Corinthians 15:20-23. In Romans 8 he speaks of Christians having “the first fruits of the Spirit” (8:23) and thus joining with all creation in groaning for the fullness of the coming bodily redemption.  James 1:18 identifies those who have experienced the new birth as “a kind of first fruits” of God’s creatures, and Revelation 14:4 identifies the 144,000 as those who “have been redeemed from humankind as first fruits for God and for the Lamb.” 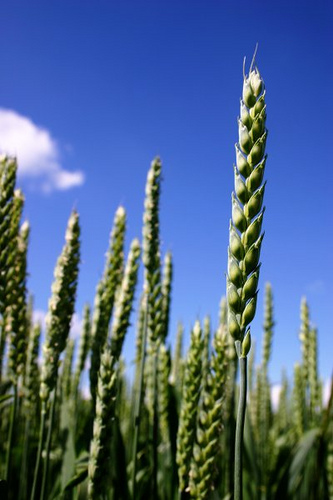 Finally, recalling the Johannine identification of the cross with the feast of Passover (John 13:1), Pentecost, as the first fruits festival which caps off fifty days of firstfruits celebration, evokes a sense of anticipatory harvest, looking toward the final reaping which is to come at the eschaton.  Christ’s resurrection, then, coming on the first Sunday after Passover, is the initial offering of first fruits, to be followed by the main celebration of firstfruits on the day of Pentecost fifty days later, when the firstfruits of the new creation are harvested in the outpouring of the Spirit.  As Ephraim Radner notes, the traditional Jewish understanding of this time in their liturgical calendar was that the fifty days in the Feast of Weeks marked the wanderings of the people in the desert, and the day of Pentecost was seen as the entry into the promised land, “where all that is enjoyed is given by God” (Leviticus, 247).

We see in Pentecost, the culmination of the Feast of Weeks, the celebration of the first fruits of the great and wonderful day of the Lord, prophesied in Joel 2:28-30.  The outpouring of the Spirit, then, on this day of first fruits, should be seen, not as a complete “fullness” of the Spirit, but as an anticipatory offering of young fruit which is to mature and yield a much greater harvest in the promised future.  The pneumatic firstfruits of Pentecost are a proleptic anticipation of the complete fulfillment of Joel 2, in which the Church experiences in itself the outpouring upon “all flesh,” which is to come, at the “great and terrible day of the Lord” (Joel 2:28, 31).

It is important to stress, then, that the charisms, as first fruits of the Spirit, are not to be seen merely as divine acts of “mercy” and “life,” bestowing blessings upon their recipients, but also as anticipatory acts of “judgment.”  This is consistent with Jesus own description of the work of the Spirit as convicting the world about sin, righteousness, and judgment – each of which finds its meaning in the saving work of Christ (John 16:8-12).  Divine mercy and judgment cannot be separated from one another, and this two-sided character of the Spirit’s work as seen in the Church in history ought to be a fundamental theme in the theology of charisms. For if the Spirit participates in God’s acts of judgment as well as God’s acts of mercy, then the Church, as people among whom the kingdom is already breaking in to the present age by the Spirit’s work, will manifest the eschatological judgment just as surely as they will manifest eschatological life and renewal. Judgment begins with the house of God (1 Peter. 4:7).