Elaine Heath and Scott Kisker, both professors of evangelism as United Methodist seminaries, wrote Longing for Spring: A New Vision for Wesleyan Community (Eugene, OR: Cascade Books, 2010) as a contribution to the “New Monastic Library” series, from Wipf and Stock.   The book is an engagement with the “new monasticism” movement from a specifically United Methodist perspective.  The authors are both advocates for new monasticism as a renewal movement, and both are involved in new monastic communities.   Heath and Kisker see the new monasticism as a way forward in the quest to renew the Methodist tradition in America. 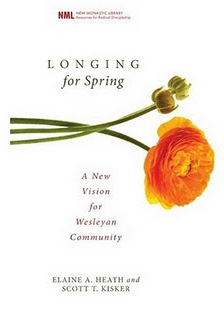 New monasticism is a relatively recent movement of Christians who are banding together and forming intentional communities of radical discipleship, often (but not always) including communal living in what New Monastics call “the abondoned places of empire.”  Shane Claiborne and The Simple Way community in Philadelphia are probably the most well-known examples of new monasticism, but there are many others.  If you’re trying to get a sense of what the movement is about, look up the 12 Marks of New Monasticism.  For a book-length introduction, see Johnathan Wilson-Hartgrove’s book New Monasticism: What It Has to Say to Today’s Church (Grand Rapids: Brazos, 2008).

After an opening chapter in which the authors recount their personal stories, the book spends two chapters looking at the history of intentional communities in the church: an initial chapter focused mainly on the history of monasticism in the early church and the middle ages, followed by a chapter discussing “Protestant Models of Intentional Community.”  The book does not present detailed scholarship (that is not its purpose), but provides an interesting narrative of church history from the perspective of intentional communities and their role in renewing the church.  So, the Anabaptist, Pietist, Moravian, and Methodist movements are laid out as part of a history of intentional communities of radical discipleship – a history that extends back to the ancient monks of the Egyptian desert.  The point is not to say that Methodism (which is the main focus of the book) was “monastic,” but that it shared many of the aims and features of monastic communities, in its own way, even as its forms of life were more directly borrowed from the Anglican religious societies and the Moravians. 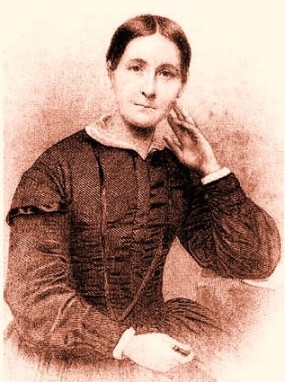 Next, in chapter four, Heath and Kisker briefly describe the new monasticism, focusing particularly on how United Methodists have become involved.  The fifth chapter was the one I found most interesting, because it makes some concrete suggestions about how the UMC could embrace new monasticism.  For example, a rule of life is offered, based on United Methodist membership vows.  Phoebe Palmer is presented as a potential “patron saint” of new monasticism, someone who “embodied just about everything that the new monasticism holds dear” (53).  And the chapter deals with such concrete issues as appointments and the possibilities of bi-vocational ministry.   The book closes with reports from three United Methodist new monastic communities.

This is a very short book, and as I said above, it is not an attempt at rigorous scholarship, though it is well written.  It’s very accessible, and it offers an interesting window on the new monastic movement from a Methodist perspective.  Because it is aimed specifically at a United Methodist audience, I did feel at times like I was listening in to someone else’s conversation.   But I think this was a necessary consequence of the authors’ choice to write specifically for United Methodists.

As a Wesleyan who is interested in the history and theology of renewal movements I find the prospect of a “Methodist new monasticism” to be very intriguing.  As I’ve noted in previous posts, the origin of Methodism as a religious society in the Church of England means that Methodists have inherited a somewhat ambiguous ecclesial status.  It is not surprising, therefore, that Methodists longing for renewal would attempt to return to radical forms of intentional community as a way of re-connecting with the Methodist ethos in a new context.

2 thoughts on “Book Review – Longing for Spring: A New Vision for Wesleyan Community”