This isn’t an attempt to choose my all time favourite Christmas music. I love Christmas music and there are so many great songs to choose from, I don’t think I could narrow it down. Having said that, I want to offer a few eclectic recommendations from the dozens of favourites I’ve been listening to for weeks now.

One of my favourite pieces of classical Christmas music (though it is hard to pick, especially with the Messiah and the Nutcracker in the running) is Ralph Vaughan Williams’ “Fantasia on Christmas Carols.” It begins with a very mysterious sounding setting of “This is the truth sent from above,” and includes “Come all you worthy gentlemen” and “On Christmas night all Christians sing.”  Vaughan Williams spent part of his career collecting and arranging English Folk melodies – the tunes in this piece are three examples.  If you like this, check out his Norfolk Rhapsody.

Here is a live recording, in two parts, of the Monteverdi Choir Würzburg and the Mainphilharmonie Würzburg, from 2008.  My favourite part is the section which builds from about the 1:00 mark to the climactic 3:00 mark of the second video below.

Ray Charles’ version of “The Little Drummer Boy” is classic.  It’s not often you hear the Rhodes, strings, horns AND steel guitar in one song! The visuals on this clip aren’t too creative, but the audio is good quality.

For Canadian content, I recommend Ron Sexsmith’s “Maybe this Christmas.” I couldn’t find an upload of Ron singing, so here is a nice cover by someone named Phil Hyun.

There’s nothing like singing Christmas carols with David Willcocks’ descants – especially if the choir is as good as this one, from St. Paul’s, London. Here’s his arrangement of Once in Royal David’s City. The descant comes in at 2:18.

My last suggestions is NOT a favourite, but I find it hilarious. My vote for weirdest Christmas song: Bob Dylan, “Must be Santa.” I’m a big fan of Bob Dylan, but I’m not sure what to make of this song, or his entire Christmas album, to be honest.  This video won’t embed, so you’ve got to go here to watch it. 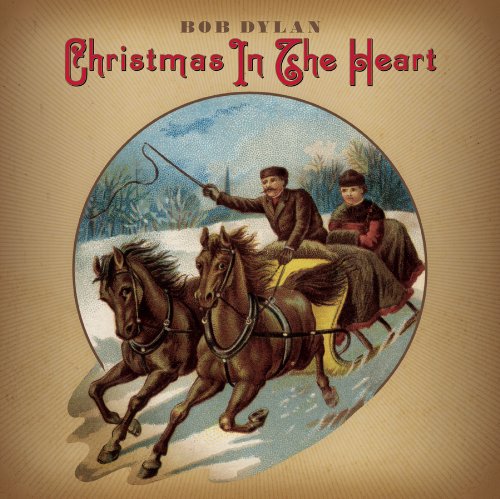