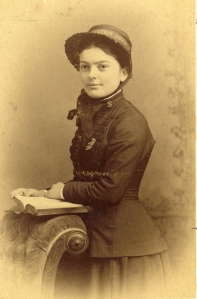 Adam Couchman has posted a great five part series on The Salvation Army and the Sacraments.

Part Four discusses the rites that The Salvation Army does use, and notes that they are actually sacramental – which demonstrates a contradiction in the Army’s position

Part Five concludes with some notes of caution for Salvationists, and with a suggestion for a more gospel-oriented stance, which allows for the use of the traditional rites without requiring them.

While some people are tired of this discussion, I think it continues to be an important one.  I don’t expect to see any official change in The Salvation Army’s position in the near future, but there are still some serious issues that need to be worked out in the Army’s position.   If Salvationists are to continue to embrace their own symbols and rituals as sacred means of grace (i.e., soldier enrollment, the mercy seat), they cannot reasonably make the traditional rites a taboo for their own members.  If all of life is potentially sacramental, how can the two specific rites used by almost all Christians be banned?

Adam has done some great thinking on this topic, and I hope his ideas are widely read and well received.  I think his proposal is actually more faithful to the Booths’ original intent than the current “ban” on baptism and the Lord’s Supper.  I remember reading with great interest about how Captain Abby Thompson, pioneering officer in my hometown of Kingston, Ontario, used to take her entire group of soldiers to the local Anglican Cathedral for communion (much to the chagrin of the parishioners, who chased the curate out of town because of his support for the Salvationists).   Yet if a local corps officer did this today, they would spark great controversy, and might even be rebuked by their leaders!