My research on the charism of William Booth and Isaac Hecker is raising some interesting questions in relation to the relative permanence or provisionality of charisms.   Are charisms a permanent endowment given to a person, or can they change, or even come and go, depending on the specific situations faced by the church in various times and places?

The issue is particularly important as it relates the charisms of ordained ministry, because traditions with a “high” view of ordination often believe it bestows a permanent character on the ordained person.

The report on Ministry from the Anglican-Roman Catholic International Commission (1973) provides an example of this kind of thinking:

In this sacramental act, the gift of God is bestowed upon the ministers, with the promise of divine grace for their work and for their sanctification; the ministry of Christ is presented to them as a model for their own; and the Spirit seals those whom he has chosen and consecrated. just as Christ has united the church inseparably with himself, and as God calls all the faithful to life-long discipleship so the gifts and calling of God to the ministers are irrevocable. For this reason, ordination is unrepeatable in both our Churches (#15).

On the other hand, Miroslav Volf, in his After our Likeness, while not discounting the possibility of lifelong charisms, suggests that charisms may come and go:

In contrast to calling, charismata in the theological sense of a combination of calling and endowment for a specific ministry in church and world are not “irrevocable” (Rom. 11:29). Various charismata can replace one another over time, something implied by the interactional model of their bestowal.  Over the history of the congregation and of its individual members, the charismata with which these members serve in the congregation can also change; certain charismata come to the fore at certain times, while others become unimportant (either for the congregation itself of for the bearers of these charismata). This does not mean that the divine calling and endowment for a certain ministry cannot be a lifelong affair; but it is not necessarily such.  In any case, there is no correlation between the permanence of a particular charism and its divine origin.  The Spirit of God is the Spirit of life, adn the Spirit’s gifts are accordingly as varied as is ecclesial life itself (233).

William Booth and Isaac Hecker are interesting case studies in relation to this question, because both experienced what could be called a “broadening” of their respective vocations. 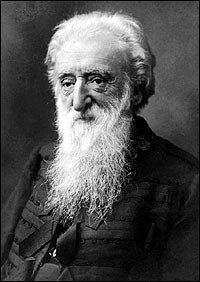 For Booth, the broadening related to his theology of redemption.  This is the development traced in Roger Green’s War on Two Fronts, in which Booth’s understanding of redemption expanded to include efforts at social reform.   Whereas early in his ministry Booth was strictly a revivalist who engaged in some social ministry as a means to and end (the end being evangelism), by 1890 he had come to see efforts at social reform as part of the church’s mission.  Booth came to see salvation as social as well as personal, and therefore solidified and extended the mission of The Salvation Army to include organized efforts at social redemption.

Does this shift in missional thinking and practice signify a change in Booth’s personal charism, or did his charism remain the same, while he gained a broader understanding of its vocational direction?   The answer, of course, depends on how Booth’s charism prior to 1890 is understood.   Was his ministry to the poor and marginalized an essential aspect of his charism, or did he simply have the charism of an evangelist?  Is it possible to have a charism of “evangelist to the marginalized”?

I’m working these questions through right now, but I’m leaning toward suggesting that it wasn’t Booth’s charism that changed, but simply his understanding of where that gift ought to take him and the ways he ought to exercise it in his own context.   If salvation includes the social as well as the spiritual, then being an evangelist ought to include social action, since the good news of the gospel itself has social implications. 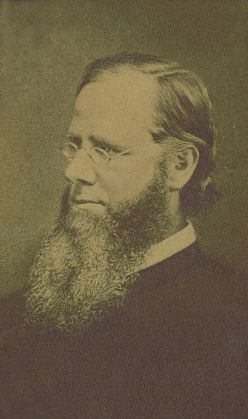 For Isaac Hecker, the change came in terms of the scope of his personal mission.   At the time of the founding of the Paulist Fathers (1858), Hecker was captivated by a strong belief that he should be a missionary to America.  He felt that his experience as a native-born American, his acquaintance with the culture, desires, and values of the American people, and his familiarity with a class of Americans who were already on a spiritual quest had placed him in a unique position to reach out to the American people as a Catholic evangelist.  This required, he believed, the founding of a religious society that was specifically adapted to the American culture, since the established religious orders were all of European origin, and thus unsuited to the task of reaching Americans.

Starting in the 1870s, however, Hecker began to broaden his vision, and now felt that the Paulists should not confine themselves to America, but should expand into Europe.  This was supported by his view of America’s providential place in the world – he felt that the American culture, and the experiences of the Catholic Church in America, would provide the solutions for the Church’s troubles in Europe.   He thought the Paulists should take what they had learned in America and come to the aid of the European Church.

Writing in 1875 along these lines, Hecker seems to suggest something like a “provisionality of charisms”:

One may be engaged in a good work, but of an inferior order, more on the circumference; but as it is a good work, and he sees no better, he should act where he is and be contented. Suppose, however, it is given to a soul the light to see a good of a much higher order, more essential, more efficacious, more general, more universal, including the former; and this light draws him from the former, all his interest as such in it has expired, and he lives in this higher and more universal light; can he do no otherwise than follow it? (The Paulist Vocation, Revised and Expanded Edition, p. 96)

As with Booth, I’m not entirely sure where to come down on this issue.  Hecker clearly believed his vocation, and that of the Paulists, had expanded – does this imply a change of charism?  Again, I’m leaning toward the idea that his personal charism did not change; rather his sense of vocation was expanded, based on his growing familiarity with the challenges facing the Church in Europe.

4 thoughts on “Can charisms change? Insights from the examples of William Booth and Isaac Hecker”